Dolce like the Venetian landscape, unique in the world.

The blend consists of three different sources of Arabica - Honduras, Brazil and Ethiopia - and a small percentage of 10% Robusta coffee selected from the island of Flores.

The intense and velvety flavor, full body and very low acidity create a very well-balanced cup that is really good and enjoyable. Dolce is characterized by a pleasant aftertaste of cocoa and ripe fruit and a long-lasting persistence with notes of milk chocolate, making it a blend that will appeal to everyone's taste.

Since 1948, the blend has been called Gran Miscela Dolce, however the word DOLCE (the Italian word means sweet) itself better captures the unique characteristic of this coffee: sweetness.

Venice is the city that has contributed most to the spread of Italian coffee culture. We want to pay tribute to this city in particular with the Dolce blend. We believe that our coffee will go out into the world passing on some of the important history, and we want to contribute to the eternal transmission of this information. In the 16th century, thanks to trade in the Middle East, coffee arrived in Venice gradually becoming the most desired beverage and a factor in the city's economic development. In the 1600s and the following century, the first coffee houses began to spring up in the city, and then throughout Europe. Venice became a window to the world for coffee. It was in Venice, in the second half of the 1700s, that Francesco Guardi attended the most famous Cafeteria in Piazza San Marco with other artists and created his paintings, including the two views we wanted to present. Dolce is beginning to form a bond with art. It is a connection we have always believed in. Like the can that was created in honor of the El Greco exhibition in Treviso, or the limited edition cans that are designed by a different artist each year. On this occasion, too, we partnered with Galleria Giorgio Franchetti alla Ca 'd'Oro in Venice, which houses paintings by Francesco Guardi. Why Espresso, an Italian invention, is the most common extraction method, making it probably the most famous is linked to the culture through which espresso originated. Dolce in the new edition is a blend that has always been produced in our company. In addition, it is the first blend to be created, having been created in 1948. The only thing that has changed is the name, which now exists as DOLCE, without the Gran prefix previously used, thus emphasizing its character. These coffees are roasted in the "Traditional Italian" way, which can be inferred from the label. The blend of Coffees making up Dolce is 90% Arabicas from Ethiopia, Brazil, Guatemala and Honduras, and Robusta making up the remaining 10%, which comes from the island of Flores in the Sunda Islands, located between the Indian Ocean and the Pacific Ocean, where one of the world's best coffees of this variety grows. The end result is a full-bodied coffee with an intense and velvety aroma. The slight acidity is perfectly balanced giving a perfect cup of coffee. Drinking it you can sense a pleasant flavor with hints of cocoa and bitter fruits that linger along with a delicate chocolate aftertaste. 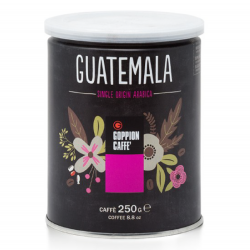 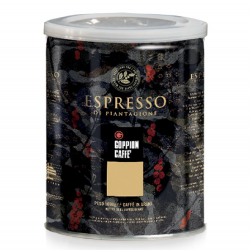 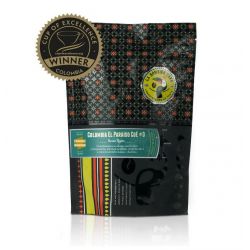 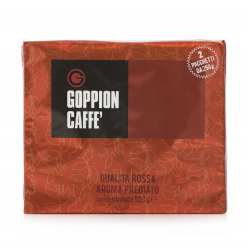 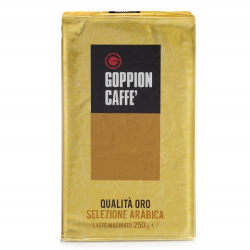 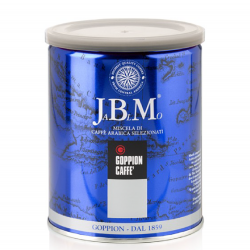 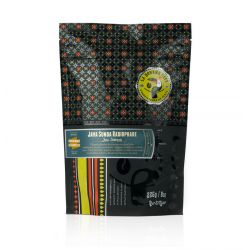 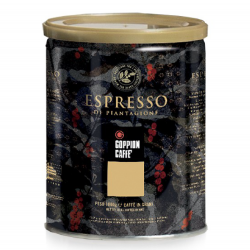 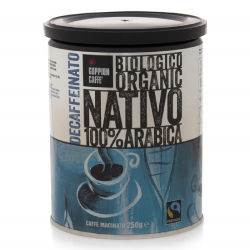 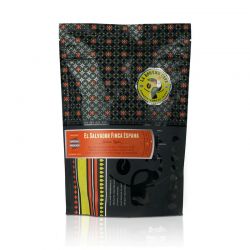 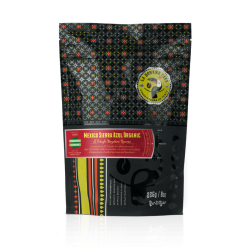 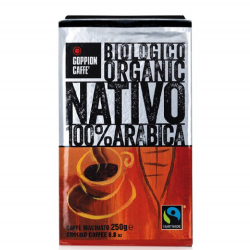 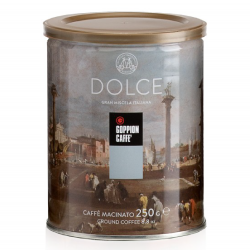